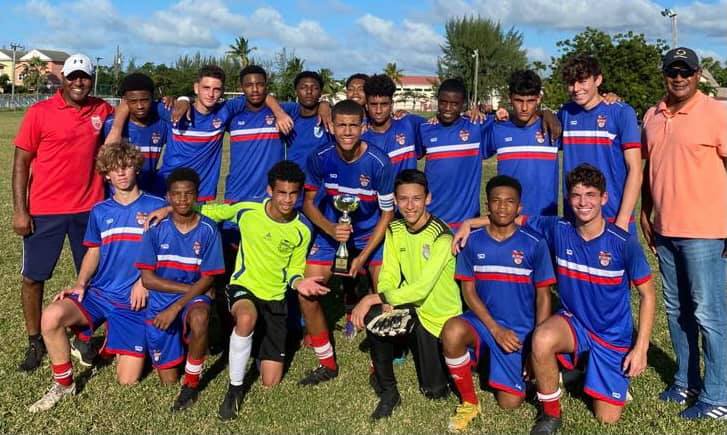 In a very exciting U16 league finals match against 345 FC, Academy’s U16 “Blue’ team performed well on Sunday December 13th, winning the U16 Boys league in a penalty shootout.

There were many good performances all around with goalkeeper Zion Bodden making a great save in the penalty shootout and team captain Jerry Allen Jr scoring the final penalty to win the championship!

Academy’s U14 girls also did extremely well in the Girls league, making it to the league final and losing to 345 FC in that match.

“We haven’t had too much competitive football due to COVID-19 so it was great to see them all work hard and enjoying themselves” said Coach Paul.