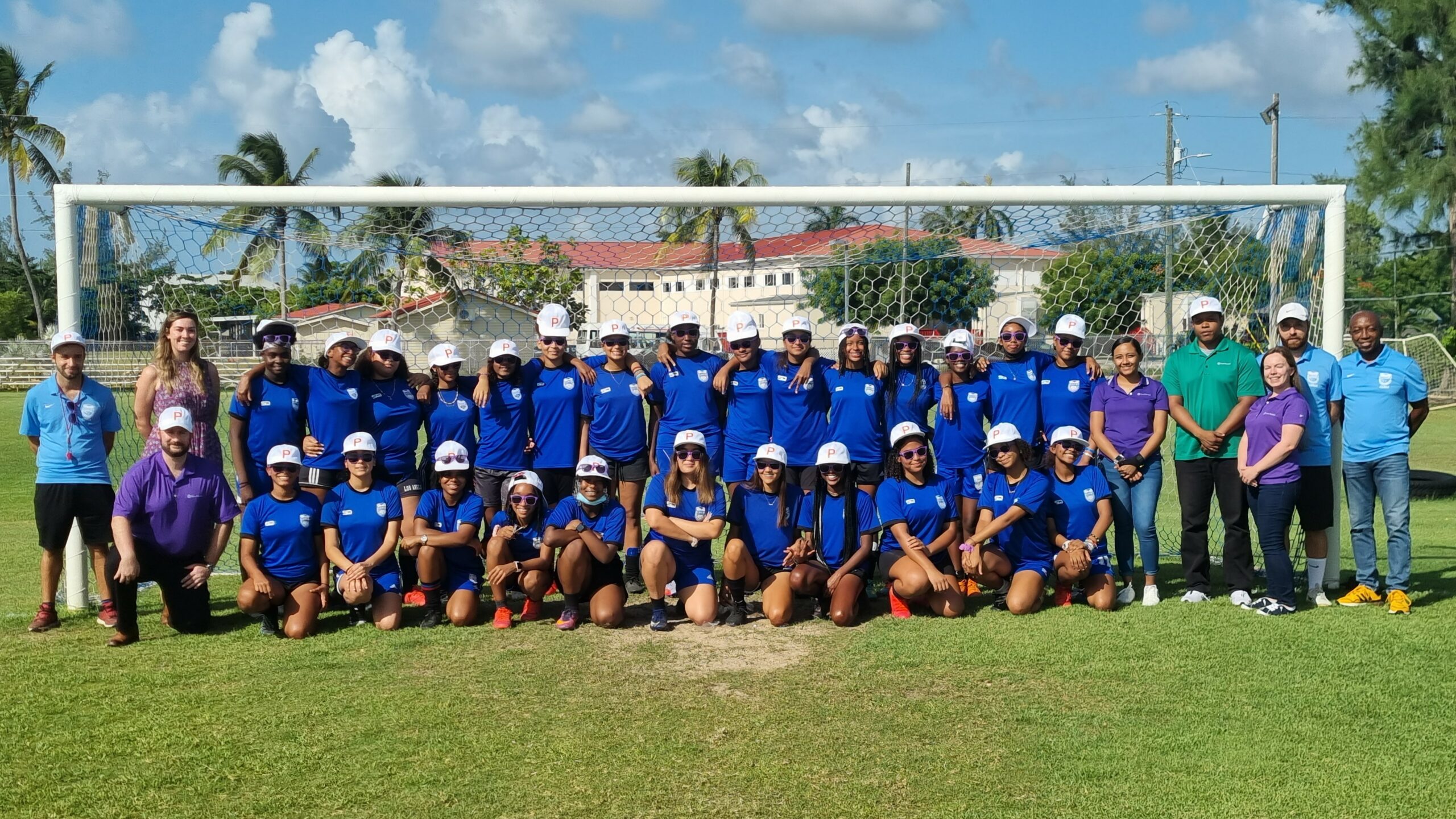 With the help of several corporate and other community sponsors Academy Sports Club was able to include a Girls U17 football team to compete at the recent Target USA Cup tournament in Minnesota.

The local football club started its girls program only 7 years ago and has been growing it’s girls teams over the years.

Seymour explained that when Academy’s volunteer coach and Head of Youth Development Paul Byles first met with the group of young ladies he told them that if they worked really hard the club would work equally hard to ensure they got an opportunity to compete at the international level. The girls performed really well during the season and the club kept its promise.

That promise was kept partly due to the tremendous support of a number of individuals and companies within the local community.

Grant Thornton was among them.

“ We are thrilled to support the Academy Sports Club Girls U17 team on their journey to the USA Cup in Blaine Minnessota,” said Dara Keogh, Managing Partner at Grant Thornton Cayman Islands. “ Their program is inclusive and promotes integration within our community”.

“It has become much more difficult receiving support for local sports over the past few years and given the positive impact on young people it’s really encouraging to see these organisations and individuals stepping up to help,” said Byles.  “Academy is much more than a football program. Ask the teachers within the schools and some social workers about the work our coaches with our youth players on a daily basis.”

Six teams from Academy Sports Club competed at this year’s Target USA Cup, the largest youth football tournament in North America. Over 1,200 youth teams from all over the world competed at the National Sports Center’s 860-acre campus in Minnesota.

Seymour says the club is very appreciative of the support they received to make the trip a success.   “It took a lot of effort to make it happen this year and we are extremely grateful to everyone who stepped up to help make it happen, especially for the girls team,” he said.