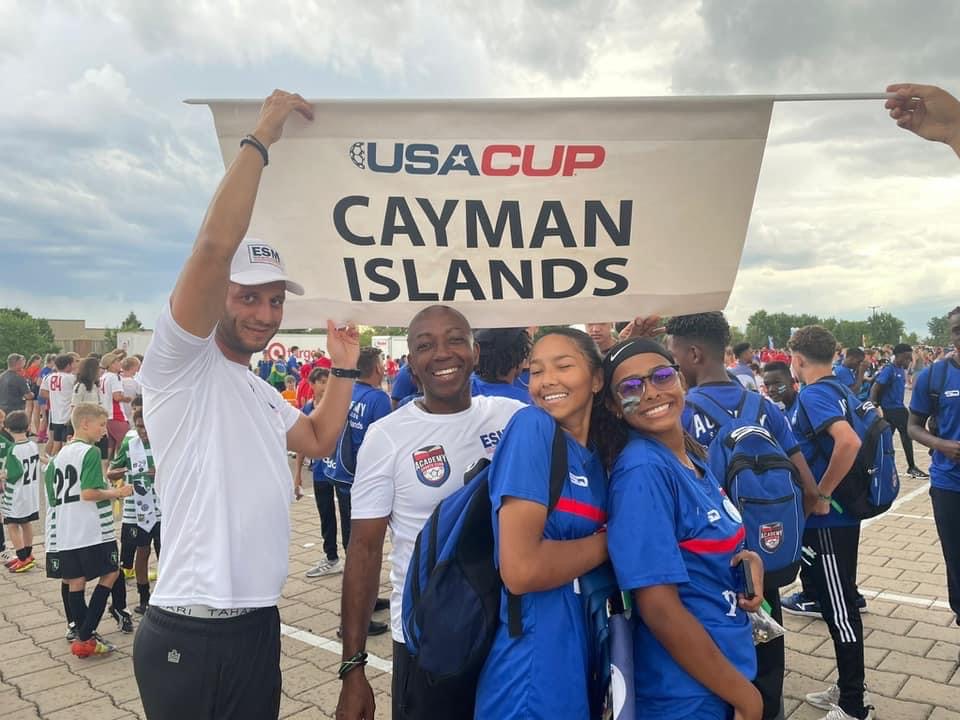 Six teams from Academy Sports Club recently competed at this year’s Target USA Cup, the largest youth football tournament in North America. Over 1,200 youth teams from all over the world competed at the National Sports Center’s 860-acre campus in Minnesota.

“Despite the 2-year break from our annual overseas competitions, the club again demonstrated that our local footballers can compete at a very high level”, said Virgil Seymour, Academy’s Technical Director.

Academy’s U15 boys lost 3-2 in a fiercely fought semifinal against West Mont United Premier. After conceding the initial goal, Academy equalized and added another to take the team up 2-1, and eventually conceded 2 goals and missed out on a spot in the U15 Boys Gold Finals.

“I’m really proud of these boys. They made me unbelievably proud with their fighting spirit and behavior. We fought until we had nothing left in us, and that’s all I can ask of them. I’ve never seen such a fantastic group of youth players,” said Coach Nuno, the club’s U15 Head Coach.

Coach Nuno’s enthusiasm is not unwarranted. Before this year’s USA Cup, the nucleus of Academy’s current U15 team had won an impressive 5 of their last 6 international tournaments.

Academy’s U17 boys were also very competitive. After conceding the first goal in their semifinal to Minnesota Rush, an equalizing header from Anthony Ebanks Thomas brought Cayman and other spectators to a roar on field 13. The team fought well, with the match still at 1-1 after 10 minutes of added time, but lost their spot in the U17 Boys Gold finals during the penalty shootout.

Academy’s U19 played well during the tournament, also narrowly missing out on a semifinal spot with a 2-1 loss to Fire SC Liverpool. The team displayed some strong performances in the first round with 2 intense draws against teams from Minnesota and Texas before posting a huge 15-nil victory in their final match to qualify for the quarterfinals. Due to their outstanding performances, several players on the U19 and U17 teams received interest from university coaches scouting matches with older players.

Paul Byles, Head of Academy’s Youth Program and Coach of the U19 and U17 boys, was very pleased with the group’s performances this year.

“After missing out on international competition for 2 years due to COVID, we feel that we haven’t skipped a beat in our competitiveness at all. The teams have consistently demonstrated that they are among the top 4 in their respective age groups at the highest level at international tournaments and that’s very impressive from a development perspective. The coaches are also extremely proud of how our U17 girls prepared and competed at this year’s USA Cup,” Byles said.

Academy’s U17 Girls played in the U17 Silver Cup and also demonstrated some strong performances, growing throughout the tournament.

“The girls played very well considering that several of them have not had this type of experience before, and many of the girls were younger than U17,” explained Coach Paulo, who led the U17 Girls and Boys teams during the tournament.

“As a club, we are very focused on the development of our girls’ program, and I’m very proud of the performances during the tournament,” Paulo added.

The Cayman contingent of 101 players also included U10 and U13 Boys teams from ESM, with the U13 boys going through to the quarterfinals.