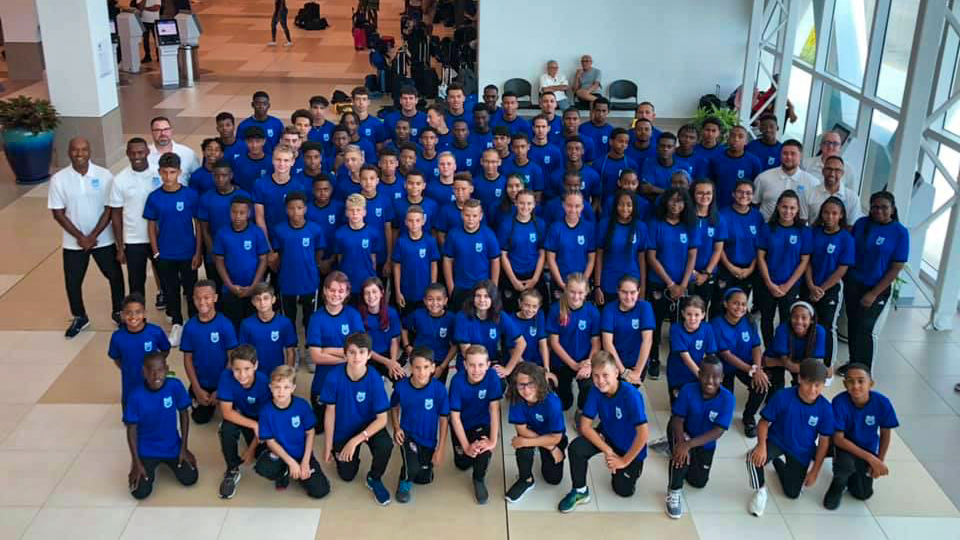 Even before the teams played their first matches at the 2019 USA Cup in Minnesota, Academy Sports Club, is already breaking records.

This year’s summer football trip by the club will feature an impressive seven football teams including five boys teams and a pair of girls teams, who left for Minnesota Sunday 14 July on a flight chartered through Cayman Airways.

Players are aged 8 to 18 years old. There are 100 players participating in the USA Cup and another 80 coaches, volunteers and supporters.  The USA Cup is one of the largest youth football tournaments in the world, with over 1,200 teams taking part.

This year’s delegation to the USA Cup of almost 200 persons from the Cayman Islands will make one of the largest sports delegations representing the Cayman Islands for a single sport. “It’s awesome to have so many youth players from Cayman participating,” said Paul Byles, Head of Youth Development.

“In this year’s group there are 43 Cayman Islands National Team youth footballers who will gain valuable international experience,” added Byles.